In 1988 Ray’s first novel A Green Light was published by Penguin. It became their second-biggest seller in dramatic fiction for that year and has been described by many as the best Australian crime novel. Although loosely based on the Australian hitman, Christopher Dale Flannery 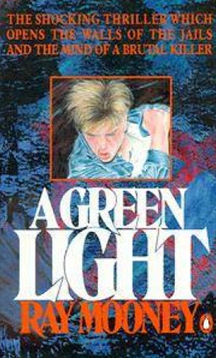 At eight he was a likable kid and at sixteen a bit of a larrikin. By twenty-six, he’s a hardened criminal and at thirty-four Johnny Morgan is Australia’s number one hitman, prepared to do anything for Mr Big, money and the thrill of power. A Green Light takes us into maximum security prison where might is right, and to the Australian underworld where corrupt cops, crims and drug dealers make their own rules. Morgan’s ruthless ambition to be king takes him out of control and into tomorrow’s horrific headlines.

Reviews of A Green Light

‘This is the most important and powerful book on crime ever written in Australia, if not anywhere.’ Barry Webster, Pulp Fiction, 3RRR.

‘A novel with the ferocious veracity of A Green Light should make us all stop and think, and think again, about the patterns of power in our society.’ Professor Stephen Knight, Sydney Morning Herald.

‘Mooney’s handling of underworld dialogue is masterful…What we have in Johnny Morgan is an absorbing character study of one of the most unpleasant sides of modern-day society.’  Ian Freckleton, The Age.

‘For those of us who care about changing the mindless world of men, A Green Light is compulsory reading.’Dr JocelynneScutt

Each eBook explores the dramatic development of Australia’s most notorious hitman, Johnny Morgan, who could have been a normal upstanding citizen but chose to become a ruthless killer. The books are based on Ray’s own experience and his friendship with Christopher Dale Flannery, aka Rentakill, Australia’s number one hitman. They take our understanding of the criminal mind to a new level and can be read in any order.

A Green Light – The Kingdom of Children

The Kingdom of Children explores Johnny Morgan’s early development from an ordinary boy into a cold-blooded killer.

Johnny Morgan is born into a suburban working-class catholic family where he matures, on the one hand, within the strict regime of Catholicism and on the other, within a knockabout world where brute force and cunning are the preferred means of dealing with authority and survival.

The result is a value system of never dob anyone in, a misunderstanding and arrogance of sexual behaviour, and a yearning to be thought of as the best.

Morgan discovers there is a natural order of balance within society, that forces of disorder, such as himself, are soon brought to task and that certain individuals are given an unofficial green light to have their way with him. He learns he can withdraw their green light by disrupting the natural order.

Morgan excels in street-wise cunning, becoming a larrikin delinquent, torn between the feral and the ordinary human being.

The story is based on the author’s personal experiences, and those of his close friend, Chris Flannery, aka Mr Rentakill, Australia’s infamous hitman, missing, believed murdered by police. 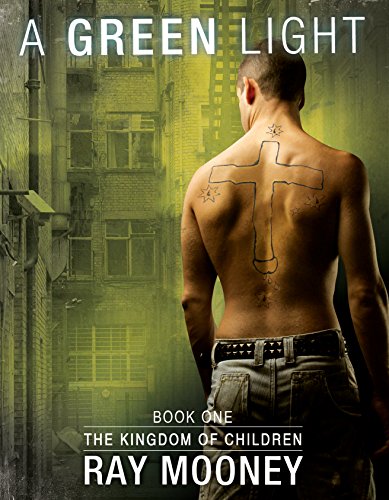 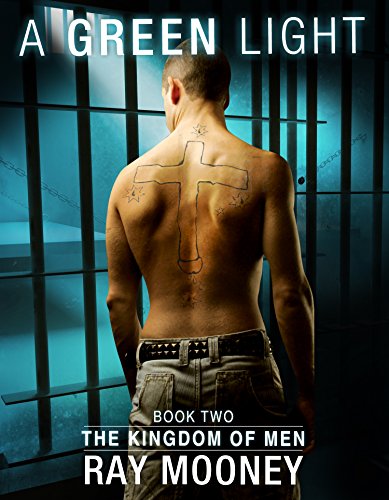 A Green Light – The Kingdom of Men

The Kingdom of Men takes us into the world of Pentridge Prison, including the notorious punishment section, known as H for Hell Division.

Johnny Morgan is serving 12 years for manslaughter and rape. His sporting prowess and fighting ability earn him respect within a world devoid of sentimentally or kindness. Eager to earn maximum remission by keeping out of trouble he involves himself in debating and drama but also finds himself drawn to standing up for the underdog. When he acts as spokesperson for striking prisoners, he is sent to the infamous punishment section, H Division, where he is brutally broken by sadistic screws.

Unable to cope with the realisation they broke him, he mentally and physically conditions himself to confront his demons by returning to H Division where he discovers inner capabilities, both survivalist and destructive, that indelibly imprint his personality. The beast has emerged.

A Green Light – The Kingdom

The Kingdom explores Johnny Morgan’s ambition to rise above his criminal status by becoming Australia’s number one hitman. His ambition is aimed at society but at the heart of his ruthlessness it is one woman who seeks to temper his brutality.

Prepared to do anything, Morgan gives himself a green light and takes us into the ‘real’ underworld where might is right, where corrupt cops, crims and drug dealers control the nightclubs, brothels and upper-level crime, where his brutality upsets the ‘natural order’ and spins him out of control and into tomorrow’s horrific headlines.

The Kingdom is the writing on the wall. 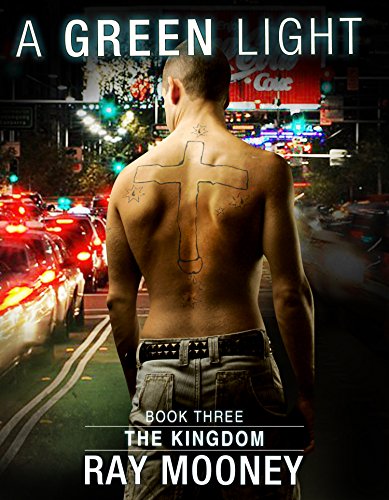 In 2011 Ray co-wrote, A Pack of Bloody Animals, with John Kerr, detailing the lead up to the Walsh Street killings and the aftermath. Using material the jury and the public never saw, A Pack of Bloody Animals tells the story of the war between police and criminals in Melbourne 1988. It re-examines the evidence, much of it in the players’ own voices or in previously unpublished interviews with the accused made soon after their acquittal.

A Pack of Bloody Animals 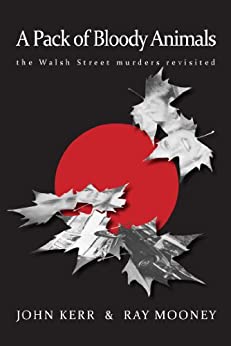 ‘The verdict in the Walsh Street trial was “all four not guilty.” Repeat “not guilty.” All units are warned – keep yourselves under control.’ – Radio newsflash message to all State police, 1991.

The killings called ‘Walsh Street’ arose when police and armed robbers went to war. Both sides, convinced the other started the war, were righteous in the letting of blood. The packs held sway and their deeds left many casualties, some celebrated but others unrecorded, and a bitter legacy. Players were driven by the strongest of emotions, sweeping others up in the cruel storm they’d created.

A Pack of Bloody Animals tells the story of that war. It re-examines the evidence, much of it in the players’ own voices or in previously unpublished interviews the accused made after their acquittal. This story raised the toughest law-and-order questions of the decade, spilled over State borders, provoked grassroots citizen action, and occupied those in the corridors of power, media and the law.

Yet questions, not resolved then, still echo.

This eBook explores the true story of H Division, the punishment division within Pentridge Prison, Melbourne, that operated from 1958-1994. Prisoners were subjected to unimaginable brutality by sadistic screws. Importantly, H Division was responsible for cultivating criminals who committed horrific crimes upon release.

H Division, or Hell Division as it became known, established a culture so ferocious, that in 1972 the Victorian Government was forced to hold an inquiry into the brutality.

Ray served four months in H Division in 1973 and prior to his release from prison in 1975 asked numerous H Division inmates to write their stories. They included Chris Flannery, aka Rentakill, Stan Taylor, responsible for bombing Russell Street Police Headquarters, Archie Butterly, infamous for blowing his way out of the Melbourne Remand Centre and Julian Knight (written recently), responsible for the Hoddle Street massacre.

The book gives insight into a punishment Division that was once the most brutal in Australia.

The Ethics Of Evil – Stories Of H Division 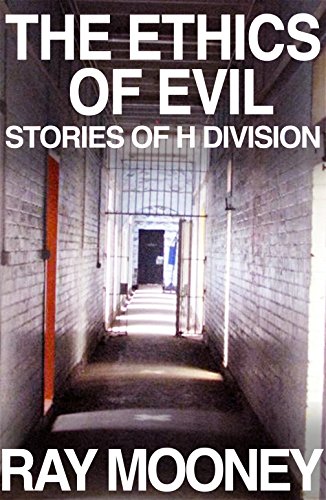 Mouth Of The Dog – An Attack On Snitches, Verballers and Informers 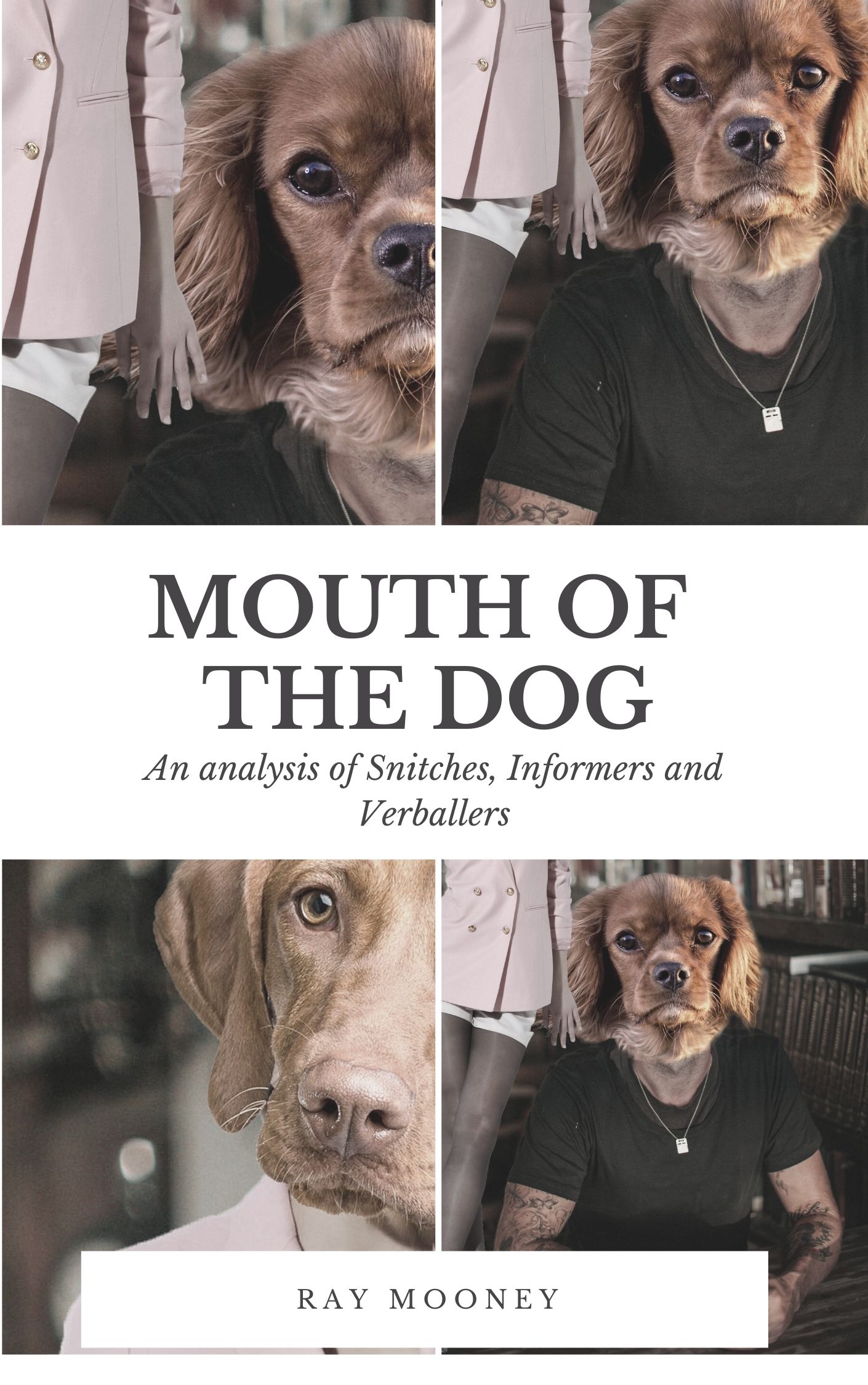 “An astonishing insight into the world of informers and snitches.”

Society has an insatiable curiosity about the rights and wrongs of informing, be it Neighbourhood Watch, or dob in a druggie, tax cheat, dole bludger, paedophile, etc. We’re addicted to media entertainment snitches like gossip columnists, talk-back callers, social media posters, etc. Books, movies and television are saturated with characters continually snitching and informing on each other.

A must for crime aficionados.